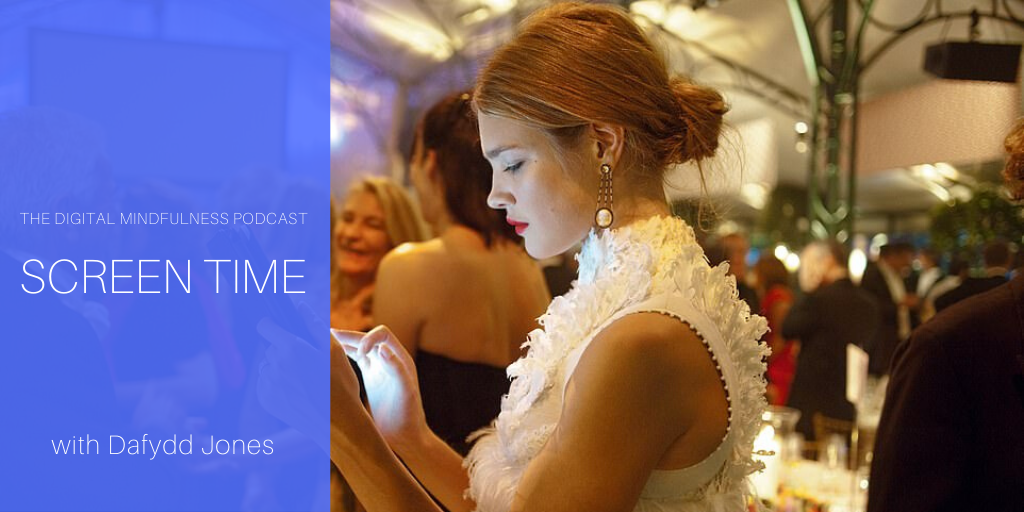 In this episode, we speak with the photographer Dafydd Jones about his striking new collection Screen Time. Dafydd’s work has featured in collections of The National Portrait Gallery, The Hyman Collection of British Photography, the Martin Parr Foundation, the Opsis Foundation, the Yale Museum of British Art and the Bodleian Library.

In addition to this, Dafydd has worked for the New York Observer and Vanity Fair. In October 2019 Dafydd released his latest book of new colour pictures to be published by Circa Press. The title is ‘Screen Time.’ Order now from Amazon

Screen time is a visual exploration of the relationship that people have with their smartphones in particular. Today almost everyone uses a smartphone, and in every social situation the smartphone is not only impacting conversation, but it’s also changing the way we look at the world. In 2008, Dafydd was sent to Miami to cover a party hosted by Vogue Italia during the Art Basel fair. Although it was one of the week’s most glamorous parties, he noticed a single man apparently oblivious to the group of women he was with, so engrossed was he in his phone. Maybe he was texting his friends to tell them how lucky he was. Whatever his fixation, he was definitely missing the action of the party. Gradually, Dafydd began to see the same thing happening more and more. The light emitted by the phone can be very flattering, and there is something quite beautiful about someone transfixed in that way, almost in another world, isolated in a crowded scene. Instinctively, at first, he began to seek out these instances. When the then editor of the Oldie magazine, Alexander Chancellor, suggested he contribute a regular feature called ‘The Way We Live Now’, he noticed how many of Dafydd’s pictures featured people glued to their phones. Old people, young people, mothers with children, workmen, cops, cyclists, everyone – in shops, in the street, on the train, in galleries, in bars and restaurants, everywhere.