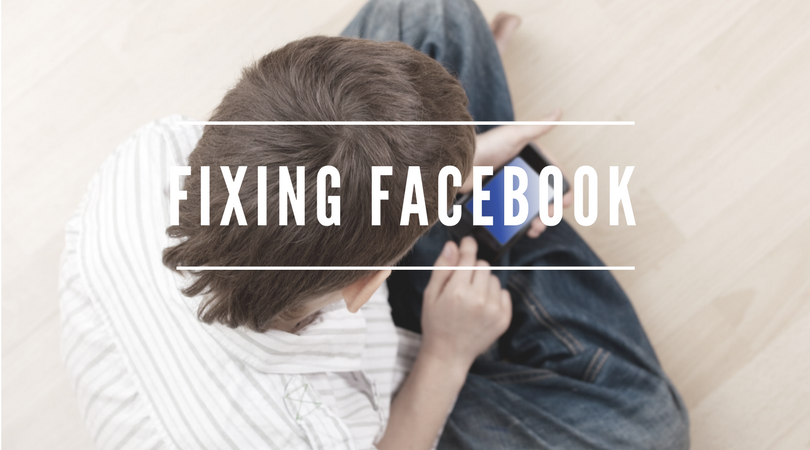 “Facebook has a lot of work to do — whether it’s protecting our community from abuse and hate, defending against interference by nation states, or making sure that time on Facebook is time well spent.” – Mark Zuckerberg, 2018

13 billion dollars revenue, over 2.13 billion monthly active users (MAU) and 12.8 billion in advertising revenue; these were just some of the headline numbers shared on Facebook’s Q4 earnings call that underpinned its status as the most popular and far-reaching social network in the world.

Towering as these figures are, the most important parts of the call were those that focused on strategic changes to Facebook’s growth strategy which are set to have far-reaching and unknown consequences for all those whose lives are touched by the social network, and digital technology more generally.

On several occasions in both the Q3 and Q4 Earnings Calls, CEO Mark Zuckerberg and COO Sheryl Sandberg outlined that while time spent on the site was hitherto the most important measure of success for the platform, in order to ensure the continued growth of the Facebook community and the company, time well spent on Facebook is now the company’s most important measure of success. Such an admission even 18 months ago would have been unthinkable.3dd

As readers will know, arguments focusing on the potential for social networks and other digital technologies to adversely impact psychological well-being, attention, relationships, and productivity have raged since the introduction of technology itself. The lamentations of historical figures such as Plato on the potential for books to erode people’s memories show how much of a concern technology’s potential to impact human society has had – but the focus on the ‘addictive’ qualities of technology products, technology’s impact on democracy and society, and the emergence of people ‘gaming’ social networks to promote fake news, have become more newsworthy in recent months.

To Facebook’s credit, it made major changes almost immediately after the Q3 Earnings Call demonstrating that conversations about its impact on its community, and society more generally must have been ongoing for some time. Of course, this is to say nothing of the external pressures of cyberbullying, and state intervention on the platform.

One of the major changes came to the Newsfeed algorithm which now deprioritizes content ranked as “engagement bait” or content that “seeks to take advantage of our News Feed algorithm by boosting engagement in order to get greater reach”.

What does time well spent on Facebook mean for you?

While the term ‘time well spent’ is used liberally in the media, and particularly on the earnings calls, it is still unclear what the term actually means in our day-to-day lives. Readers of this site will almost certainly be aware of Tristan Harris, James Williams, and the team at TimeWellSpent.io (now the Center for Humane Technology), the organisation dedicated to raising awareness of the addictive nature of contemporary digital technology. Their particular definition of the term is especially helpful:

“The thought, ‘what if I miss something important?’ is generated in advance of unplugging, unsubscribing, or turning off — not after. Imagine if tech companies recognized that, and helped us proactively tune our relationships with friends and businesses in terms of what we define as ‘time well spent‘ for our lives, instead of in terms of what we might miss.” – Tristan Harris

Zuckerberg’s announcement suggests that people will begin to double down on supporting those relationships with friends and businesses. Content that comes specifically from friends and family will be prioritised. In addition, other content that supports people in nurturing connections with friends and family in a positive way will be prioritised. These are some of the first moves to make the time we spend on Facebook to be time well spent.

The full impact of these changes is yet to be felt. Zuckerberg recently announced that people had spent 50 million cumulative hours less on the site, while businesses and professional content creators around the world scramble to find new ways to be relevant. All of this raises the question, why do this in the first place? What is the economics value of time well spent, especially for a USD 522 billion company?

The economic value of time well spent is a huge topic and one that deserves its own series of posts. Briefly, and in the context of this post, time well spent means that we will spend less time overall on Facebook, which, on the face of it, seems like a quick win for the advocates of reclaiming human attention from social networks. However, while we spend less time on the site, the intensity of our attention we pay to content from our friends and family will increase. Time spent on Facebook may decrease, but it will be more intense and a more focused online community makes for an incredibly valuable environment for advertisers who respect that human attention.

The more people are emotionally connected to Facebook and its ecosystem of brands, apps, and games, the more said brands will pay Facebook to be in front of such attentive people. Ultimately, the real value in time well spent on the Facebook platform is an engaged, and emotionally connected community. A healthy, vibrant and happy community of users is ultimately the most important asset Facebook possesses. If Facebook becomes a place that is full of spammy content, fake news, and more, then users will flock to other platforms in their droves, and so will the advertisers.

This appears to be the great shift in direction. Attention is still the main commodity in the world of advertising and app makers, content producers and advertisers will all now have to raise their game to compete for that attention. They will now have to prioritise meaningful connections with their audiences, rather than simply gaining eyeballs.

As any listener to the Digital Mindfulness podcast is aware, the focus of digital products and services until now has been to focus on efficiency gains – gaining more clicks, more time spent on sites, more emails collected, more data collected. Now, brands will have to rethink how emotional connections are made in a time where people demand time well spent. The main question will be how can I better support people in achieving their goals as human beings, rather than how can I capture their attention? The brands that do this will be able to generate orders of magnitude more value from customers over the long term. Brands will not simply have one- or two-time customers, they will have life partners and be able to support them throughout the long term.

What are the responses to the move to time well spent?

With such a huge shift to the Facebook and digital ecosystem, it is only natural that responses to this should be vocal and virulent. [example post]

“I’m obviously in the huge minority but I don’t really care about “connecting” with people, friends or not. I like that I can read articles, learn new things and stay up to date on things I’m interested in. That’s what I use Facebook for. An option to keep things the same would be nice for those of us who aren’t into the social part of social media.”

“Don’t forget that in most of the world, local businesses ARE our community, our neighbors, and our friends. Facebook once connected us to our local communities in a new and exciting way, but then the small business got pushed out by big brand spend – I hope you don’t forget the significance and enjoyment that will be lost if neighborhoods become disconnected as a result.“

However, it can only be a good thing that has taken the plunge and decided to make this change for its customers, and forcing other businesses to follow suit. To prioritise content that is human beings consider meaningful to can only be a good thing in this complex digitised world we live in. There will be mistakes made along the way but this is a great first step that obliges many of the biggest companies in the world to reconsider how they communicate with us as human beings.